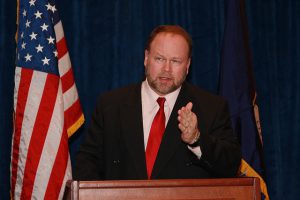 In a day and age when so much of what we hear about “politicians” is negative, it is refreshing to find a candidate for public office who embodies the all-American qualities of Jim Runestad. He values hard work and is not afraid to tackle very daunting challenges. He is willing to do what is right, regardless of political price, and he has shown these qualities time and time again in business, community involvement, and in his short, but productive, time in local elected office.

Jim’s guideposts are the values, standards, and human liberties that were cherished by our founding fathers and great national leaders. He sees himself as a “citizen-legislator” who will take to Lansing the common-sense lessons learned on the farm, as a small businessman, and County Commissioner to solve problems, reduce fraud and waste, and put the concerns of average working families back at the center of government’s focus. He truly envisions a government as did Lincoln, “…of the people, by the people, and for the people”. 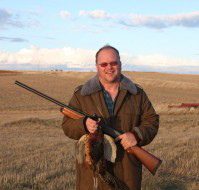 The Runestad’s roots run deep in Oakland County. Jim’s first memories of Oakland County begin with his mother’s endless stories of escapades and magical moments of her years spent in the Bogie Lake home that Jim’s grandparents bought in White Lake Township in the 1920s. Over the years, Jim’s memories and experiences have continued and grown, as he has worked and been an active member of the Oakland County community for over 30 years.

Jim was raised on the Runestad family farm. His upbringing there taught him many hard-learned and valuable lessons. It is important to understand the life of a farmer and how their lives must be conducted according to constant planning and readjustments based upon many variables out of their control.

A quote by Ronald Reagan sums up this struggle, “Compared to farming, the Roulette Wheel looks like guaranteed annual income”.

The lessons of hard work, fiscal integrity and facing constant challenges, all while adhering to a strong belief system, were ingrained in Jim at a young age.

Throughout his college years Jim worked at his family’s farm, as well as other local farms and businesses to earn the money needed to attend Central Michigan University. He graduated with a B.S. in Education with a concentration in History, Economics and Politics.

Immediately after college, Jim took a job in the insurance industry. For the last 13 years, he has concentrated on his insurance business, Runestad Financial Associates LLC, to help clients deal with their long-term financial and health care needs. 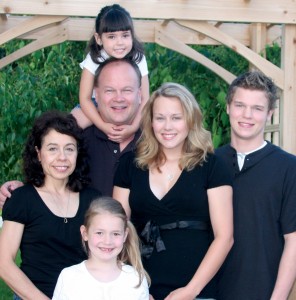 One blessed day Jim’s life transformed, as he found and then later married the love of his life, Kathy. Jim and Kathy have raised five kids, Joel, Justin, Lena, Lee, and youngest Kayla at their homes in Waterford and later White Lake. While raising his family and running his business, he still found time to devote himself to various causes in which he believed.

Jim traveled the state of Michigan successfully working with various county commissions to put in place advisory committees to improve the level of Friend of the Court services. Then he assisted Jennifer Gratz, Chairperson for the Michigan Civil Rights Initiative (MCRI), of the Proposition 2 initiative to end race preferences in government hiring and education. Gratz said “Jim was an invaluable asset in getting the proposed state constitutional amendment passed”.

Jim has also spent countless hours helping deliver meals on wheels and raising money for the Alzheimer’s Association. He was active in the North Oakland Board of Realtor Legislative Affairs and Grievance Committees, as well various activities in the local Chamber of Commerce. 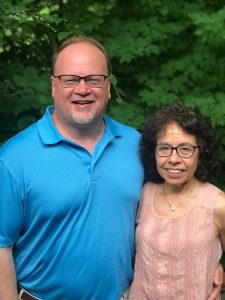 As he continued his work in the community, Jim’s life-long interest in politics started to become more pronounced. In 2003, his activities in support of the local Republican Party were recognized with his election to the then Waterford Republican Club. At that time the club was a little known organization with few members or visibility.

Because of Jim’s commitment, and the efforts of the hard working team of leaders at the reorganized North Oakland Republican Club (NORC), NORC grew to one of the largest memberships in the state with unparalleled influence and success. The 2008 State Party Chair, Saul Anuzis, named the club the “Gold Standard” for Republican organizations in the state, citing among other characteristics, that the club had the largest consistent monthly attendance of all state clubs.

With a solid record of success and achievement, and a demonstrated ability to get things done, coupled with his steadfast commitment to smaller and more efficient government, Jim ran and won a seat in a landslide election in 2008. Immediately, he went to work to fulfill his campaign promises.  In his first month, as promised, he authored and passed the creation of a county webpage to streamline citizen’s grievances about the court system.

Next, within a few months on the job, he started a four-month long battle to boot out county contractors who used illegal black market labor. Jim’s victory ensured that your tax dollars will never again be used to fund companies hiring illegal labor. Because of Jim’s efforts, it’s estimated that hundreds of citizens in Oakland County now have new jobs, as our contractors are required to only hire U.S. citizens! 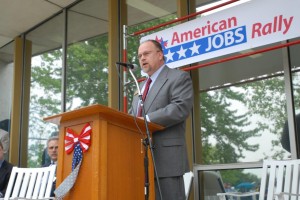 In his highly productive tenure spent on the Oakland County Commission, Jim has authored and passed many constructive resolutions, but there are two in particular for which he is very proud. First, the resolution to create the change to the county’s prescription drug program for all county citizens. This change has helped residents save money on their prescription drugs, in addition to veterinarian, diagnostic, imaging, dental, vision, and other costs. Secondly, Jim is proud of his work to help employ veterans. After attending a program for returning military police from Afghanistan, Runestad was sparked with the idea of creating the first veteran internship program in the Midwest for veterans of Oakland County. The program is called the Vocational Rehabilitation and Employment Program and is funded through the U.S. Department of Veterans Affairs who will pay the interns and make the program free to the county.

So now with his conservative, smaller, more limited government philosophy, Jim is set and has hit the ground ‘Running’ as he covers the district advocating to take the Oakland County model of governance to Lansing. So expect to see Jim on the campaign trail asking for your ideas and for your support.